Please check back for periodic updates about upcoming activities for 2023!

Start practicing now because The Maryland Military Band is still actively recruiting for new members in all sections!

If you love a good military band and would enjoy the opportunity to play in an ensemble with others who share that interest, ask how you can become a member of The Maryland Military Band!  If your New Year’s Resolution for 2023 is to add more music to your life, The Maryland Military Band may be just the thing to help you succeed in fulfilling your goals!  While currently about 1/3 of the band’s members are former or retired military, we welcome committed, enthusiastic musicians from all walks of life.

Contact us at info@marylandmilitaryband.org for more information on joining the band.

The Maryland Military Band is a 501(c)(3) non-profit musical and educational organization in the state of Maryland. Founded in 2017, the Band follows the model of the nation’s premiere military bands by developing well-trained musical ensembles to perform music from the concert band, wind band, and military band repertoire in a variety of ceremonial and concert settings.

The Maryland Military Band performs public concerts for the enjoyment of the citizens of Maryland and is also available to provide musical support to various state, local, and military agencies as well as non-governmental organizations for ceremonies, receptions, other official functions and special events, including civic and patriotic activities in the state of Maryland and the surrounding region. The Band strives for the highest standards in both musical performance and ceremonial protocol, seeking to provide a professional level of ceremonial and musical support that can meet the needs of any government agency, military unit, or veteran service organization. The Band is known for its “theme” concerts which often recognize or commemorate important occasions or anniversaries in the history of our nation and our state.

The all-volunteer membership of The Maryland Military Band includes former and retired musicians from military bands including The US Air Force Band, The US Army Field Band, The US Marine Band, National Guard bands, and The Maryland Defense Force Band, as well as other former and retired members of the US military who served in non-musical fields, current and former music educators, music students, professional free-lance performers, and community members from all walks of life who share a love of military band music. 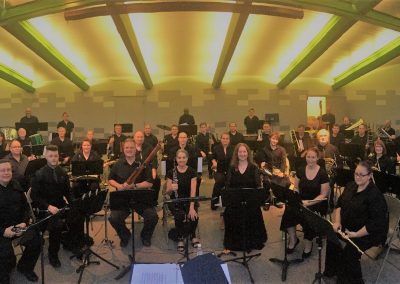 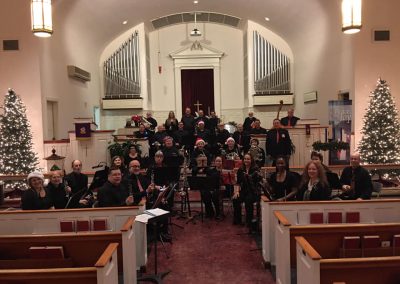 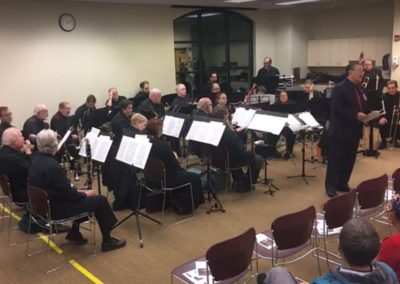